NOW (National Organization for Women), NARAL Pro-Choice America and a handful of other supposed “women’s rights” groups have been waging a war against CBS, Focus on the Family and the Tebow family for what they think is an abhorrence on society—a woman talking about how she chose to have a baby when the doctors told her she should get an abortion. That offensive baby was, of course, Heisman winner Tim Tebow.

“Pro-choice” advocates are turning on their own as they disagree with their extreme members who view abortion as the only noble “choice.” 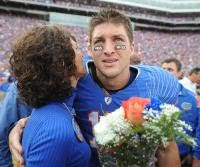 “I'm pro-choice, and Tebow clearly is not. But based on what I've heard in the past week, I'll take his side against the group-think, elitism and condescension of the ‘National Organization of Fewer and Fewer Women All The Time’…

…Pam Tebow and her son feel good enough about that choice to want to tell people about it. Only, NOW says they shouldn't be allowed to. Apparently NOW feels this commercial is an inappropriate message for America to see for 30 seconds, but women in bikinis selling beer is the right one. I would like to meet the genius at NOW who made that decision. On second thought, no, I wouldn't….”
Read the whole article from The Washington Post.

Chuck Plunkett at the Denver Post writes a compelling column about his experience with his own mother making a choice very similar to Pam Tebow. 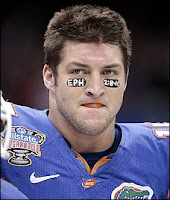 “I'm an agnostic who supports a woman's right to choose and not given to feeling protective of Focus on the Family. But in this case, I think the Christian ministry is being bullied…”
Read the whole article from The Denver Post.

Even on Facebook, a fan is questioning PP’s method over on the Planned Parenthood of North Texas Facebook Fan Page.

In response to this post:
Planned Parenthood of North Texas Here's a link to sign a petition to tell CBS to pull the anti-choice ad from the super bowl.It doesn't accomplish anything but more self-censoring and stupid regulations and rules. It's their decision. Fine. Air it. I just won't watch it, or CBS. I'll try to avoid buying crap from their sponsors, and so on. 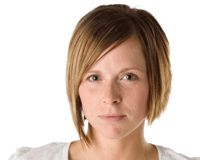 All of this conversation before anyone even sees the acutal ad. Wow. Can't wait to see what happens next week. Enjoy your Super Bowl Sunday!
Written at 3:29 PM by Marisa Alvarado.
1 comments
1 Comments:

Rocky2 said...
Obama's desire to repeal "Don't ask, don't tell" can actually help to fulfill the "days of Lot" (Luke 17, cf. Gen. 19), the fulfillment of which will hurry up the return of the Heavenly Commander-in-Chief who will make all things straight (pun intended)! Interesting Google articles include "Obama Supports Public Depravity," "Separation of Raunch and State" and "David Letterman's Hate Etc."
For some dessert visit Yahoo and type in "Obama Avoids Bible Verses."
PS - You're invited to use these new pro-life slogans: "Unborn babies should have the right to keep and bear arms - and legs and ears and eyes etc.!" and "Unborn babies should have the same right to be born alive that abortionists had!"
Sat Feb 06, 01:21:00 AM CST