1/12/2010
Confirmed: Federal study links breast cancer to abortion and the Pill
As early as 1957, studies have proven the link between breast cancer and abortion, so this is not news for us. The news is that the National Cancer Institute finally admitted that the latest April 2009 study is correct that lists abortion and contraceptives (i.e. birth control pills) as causes of an aggressive form of breast cancer. 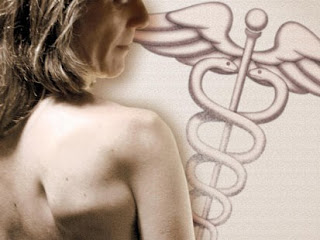 There are a lot of articles out there about this, some more confusing or vague than others, but I found this one from the National Catholic Register that puts this study in simple terms.

You can find a summary of the study here. There are a lot of scientific words in there, so here’s a little breakdown.

The affect: more aggressive than other types of breast cancer and more likely to recur

The name: gets its name from not having the three more easily treatable “receptors” known to fuel most breast cancers – estrogen, progesterone and human growth epidermal

What they found: The only cause they found for this mysterious cancer was a link in birth control pills and abortions.

Abortion: safe, legal, rare. Really?
Sure it’s legal, but safe and rare? I’m no doctor, but my guess would be if it’s listed as a known cancer-causer, it’s probably not all that safe. With about 42 million abortions done worldwide every year, it’s not rare, either.
Hear no evil, see no evil...
Planned Parenthood and other organizations that are supposed to support "women's health" are silent so far on the study, which is unusual for them. The major media outlets are also not giving this "breaking news" much play. I guess salt, sugar and butter are the only cancer culprits they care to expose for their evils.
Written at 4:13 PM by Marisa Alvarado.
0 comments
0 Comments: